Showing posts from May, 2016
Show all

New Books from TFTMS are Out! 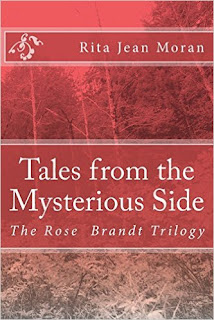 Three new Books are Out: Rose Brandt never had a normal childhood. Unbeknown to her, she came from a long line of witches. Her mother had committed suicide, but she never understood why. Her grandmother took her in and raised her in the old ways, but her brother left as soon as he turned eighteen. Rose carried on with her life but had no idea of the depth of what would come her way. The love of her life, Eric, would be taken from her and she would lose her identity only to find it twenty years later. She will have to decide what path she will take. Four short tales from the mysterious side for you to enjoy. The Box tells the story of Sophie, a young writer in New York face to face with the strange world that a box bought at a flea market brings to her. Shapeshifters of Dublin finds four Irish teens acquiring the power of shapeshifting. They think their new powers are going to make life great until they meet four American shapeshifters who murder for sport. Billy the Bad Boy G
Read more
More posts